The year 2020 marks the 20th anniversary of KGS Software GmbH. The former small supplier of specialized SAP interface technology has grown into an archive specialist capable of connecting any application with any storage medium.

KGS was founded in September 2000 as a two-person company in Bad Breising am Rhein, Germany. The fledgling company started out as a pure supplier of SAP interface technology for the DMS and archive industry. Today, KGS is a medium-sized global player and a leading innovator in the field of highly specialized archive providers. “We are proud of our company history. However, our strength lies in the fact that we have become a pacemaker in today’s high-tech world, because we innovate and break new ground every day,” says Winfried Althaus, Managing Director of KGS.

From Hidden Star to Shining Beacon

The management and all employees care deeply about developing and marketing highly robust products. Company founders Reiner Kraus and Stefan Grau already laid the foundation for this corporate trait. Aside from this, most other things have undergone fundamental change over the past 20 years. It all began when the founders installed an SAP system on an old barebone PC and put it in a silver aluminum case, together with their proprietary SAPALink interface. Armed with this sample case, the two enterprising founders toured international trade fairs and presented their interface to DMS providers, with all the panache of sales agents or carpet salesmen. The founders quickly became quite successful as a supplier of SAP connectivity. They also made a name for themselves at SAP: In 2005, KGS became the only enterprise – beside SAP itself – authorized to carry out certifications for ArchiveLink (and later also for ILM) on behalf of SAP.

A project with a major chemical company then marked the starting point of KGS’s present core business model: When working on the introduction of a new memory technology, the KGS team realized that the monolithic DMS and archiving systems introduced huge overheads that were not needed at all. They found that it was sufficient to add a lean management layer to SAP ArchiveLink that communicates directly with the storage system. Based on this premise, the KGS Archive was developed for end customers to offer a true alternative to large DMS and ECM systems when all the customer wants to do is archive data.

At the end of 2018, founders Kraus and Grau transferred their shares to the German investment company Maxburg Capital Partners GmbH. Since then, Winfried Althaus has been acting as the sole managing director. To drive the expansion of the company, he put together a new six-member management team consisting of longstanding employees and new specialists recruited externally. “The way we operate is that we wake up every morning with the aim of leaving old patterns of thinking behind. This is the secret to coming up with truly inspired and forward-looking ideas,” says Johanna Zinn, Head of Marketing at KGS, describing the company philosophy in a nutshell. It is this philosophy that drives the company to dazzle its customers again and again – and this spark fuels the ongoing success of KGS.

What Is to Come

“For us, performance continues to be the focus of our attention, not we ourselves,” says Althaus. “Our secret lies in being virtually invisible – not as a company and contact for our customers, of course, but as a product. If our archive runs so smoothly in the background that it doesn’t attract attention, then we’ve done a good job.”

KGS is seizing the opportunity created by the anniversary to put itself in the limelight even more than before: On the one hand, the 20th anniversary will be celebrated extensively with partners, customers and employees on several occasions. Moreover, a new look and feel, a new website and anniversary offers are being prepared, and KGS will officially launch the new “tia” product range – the intelligent archive – in spring 2020. 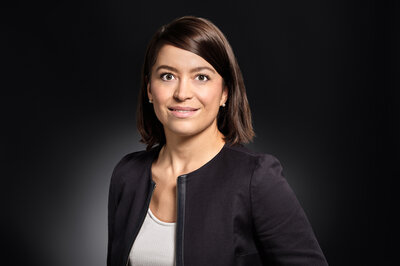